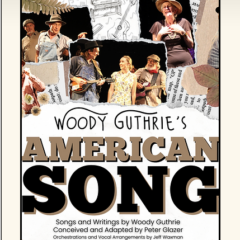 Woody Guthrie’s American Song—an ensemble musical based on Guthrie’s songs and writings—had its world premiere on July 20th, 1988. Twenty-four years later, the show opened in a concert staging at the Freight & Salvage Coffeehouse in Berkeley, California, to coincide with Woody’s 100th birthday on July 14, 2012. The show exploded from the stage, and if anything, felt more urgent and more exciting than it had nearly a quarter century ago. Woody’s message hasn’t lost a drop of relevance, and his music still packs a wallop.

You do not have the rights to manage this Event.