KCNR is Your Radio Station For Mark Levin

Mark Levin is an American lawyer, author, and conservative political commentator. He hosts The Mark Levin Show, a syndicated talk-radio show that airs throughout the United States as well as right here on KCNR.

Before becoming a radio host, Levin practiced law and served as chief of staff to several members of President Ronald Reagan’s administration. His book Liberty and Tyranny was released in February 2010 and debuted at number one on The New York Times Best Seller list for hardcover nonfiction. It remained on the list for 17 consecutive weeks; second only to Bill O’Reilly in total weeks spent on the list by any single title during 2010.

Mark Levin is a popular conservative talk radio host. He has an estimated 7 million weekly listeners and is the third-highest-rated American radio talk-show program among those broadcasting live Monday through Friday. Mark Levin’s show also airs on more than 300 terrestrial stations in all 50 states as well as on SiriusXM satellite radio.

Levin focuses on the fundamental principles of conservatism, “believing strongly in individual freedom, a powerful national defense, free enterprise and the rule of law.”

He has authored six New York Times bestsellers and his work has been praised by President Donald Trump as “the most brilliant legal mind in America today.”

Levin began his broadcasting career as a guest on conservative talk radio programs.

Levin’s first radio experience was as a guest on the Rush Limbaugh program. In 1992, he was asked to substitute for Hannity and continued to do so until 1996, when he joined the show permanently. From 2001 to 2003, Levin hosted his own show on WABC in New York City before leaving that station to work at WJFK-FM in Washington D.C..

Levin then began hosting The Mark Levin Show nationally from 2003 until 2005; this was followed by a second run from January 2007 until March 2008.

He is described as the guiding force behind the resurgence of American conservatism.

Levin is known for his staunch support for Israel, describing himself as a “tremendous supporter of Israel”.

Levin is known for his staunch support for Israel, describing himself as a “tremendous supporter of Israel”. In a 2010 interview with the Jewish News Weekly of Northern California, Levin stated: “I’m not just pro-Israel; I’m pro-Jewish. I’m pro-Jewish because I was born that way, but also because it’s so important to be pro-Jewish. We have to defend ourselves against those who would seek our destruction.”

Mark Levin has hosted his own show for more than 20 years and continues to be one of the most successful and well-known hosts in the business.

Mark Levin’s show is known for being unapologetically conservative – he addresses current events from a conservative perspective, often taking on liberal viewpoints or policies and challenging them head-on. He’s also an author; his books include: 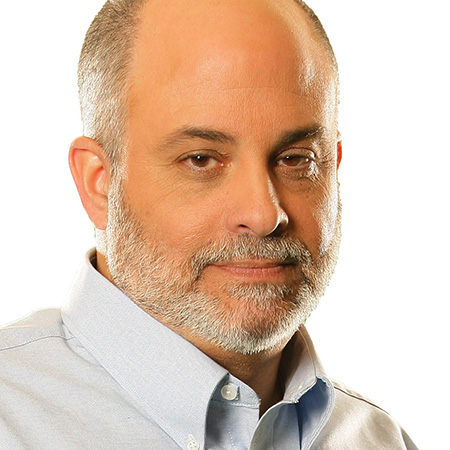